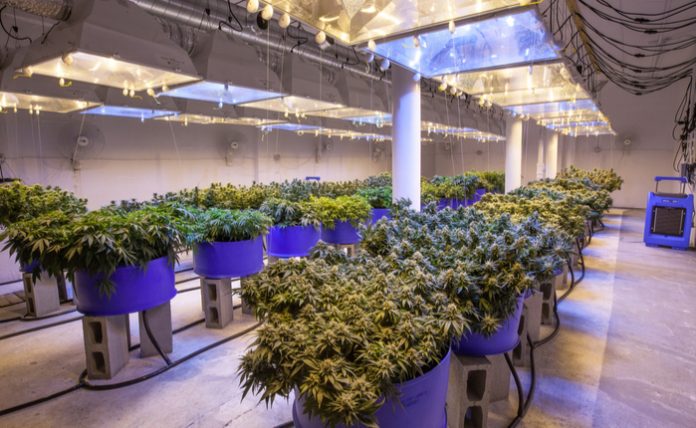 The biggest loser in the cannabis markets continues to be CannTrust Holdings (TSE: TRST). After Health Canada seized much of the company’s marijuana for illegally producing cannabis without having a required permit, CannTrust has been in a steady freefall over the past week, with every day the stock tumbling drastically.

Friday was no exception, as shares of the once well-respected company have fallen by almost 20 percent as the company continues to shut down its marijuana production.

The company said on Friday that it had halted all cannabis sales and shipments while Health Canada reviews it’s processing plants. Specifically, their plant in Vaughan, Ontario is suspended as regulators evaluate whether CannTrust had produced even more cannabis outside of the law.nTru

“This review is part of a visit that was scheduled by the regulator when CannTrust voluntarily advised Health Canada of issues that may impact compliance at this facility regarding product storage. CannTrust is working closely with the regulator through the review process and expects to provide further detail of the duration of the hold and other developments as they become available,” a CannTrust representative said in an email according to Barrons. Fund managers and analysts have already responded to the news, selling off their shares of the company.

Back on Monday, CannTrust said around 13 tonnes of dried cannabis was seized when Health Canada found it had grown weed in rooms that weren’t yet licensed. The next day, it came out that some of this illegally grown cannabis had been shipped and sold internationally to Denmark.

Under the Canadian Cannabis Act, this was the worst possible outcome for the company, as this would mean that executives within the company could face hefty fines or possible jail time for the infraction.

With so much bad news coming from the company, many investors have begun to worry that the company could even lose its license altogether. Such a blow would cripple the cannabis company beyond any short-term repair, which has partially fueled the constant decline in CannTrust’s stock. While the company has enough cash reserves to withstand a substantial reduction in output for quite some time, such a case could lead to the complete downfall of the company.

But even before this news broke out, analysts have been downgraded the company for a number of operational concerns. Despite the fact that most were optimistic on the company earlier this year, various issues within the company have led to analysts cutting back on their expectations for the pot producer.

Shares of CannTrust fell by an extra 17.3 percent on Friday in response to the news. The day before, shares fell by a further 10 percent, with every single day the stock tumbling to some extent or another. Over the course of the week, shares have declined by over 46 percent.