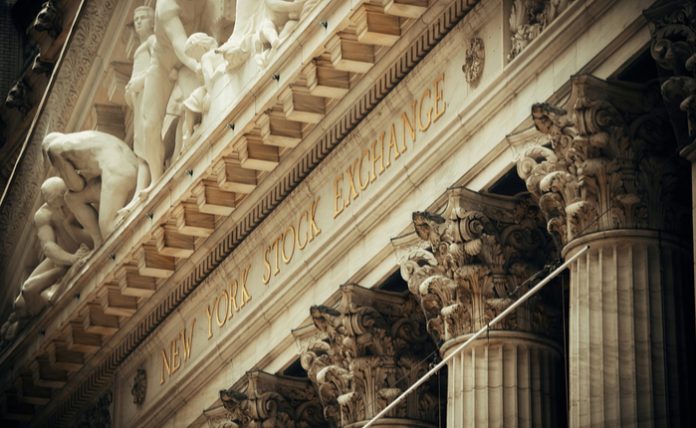 However, expectations for any breakthroughs at the two-day meeting in Shanghai, China are low.

Investors are waiting for a key policy decision from the Federal Reserve this week. The central bank is tipped to cut interest rates for the first time since the financial crisis in order to shield the economy.

Money markets expect Fed policymakers to lower rates by a quarter percentage point from the current range between 2.25% and 2.5%. The Fed will kick off its two-day policy meeting on Tuesday and chairman Jerome Powell will hold a press conference on Wednesday.

Pfizer Inc (NYSE: PFE) has reached a deal to combine its less-lucrative off-patent drug unit, which includes male impotence drug Viagra and Lipitor cholesterol pills, with Mylan N.V. (NASDAQ: MYL) to form a generic-drug giant. Under the terms of the agreement, which was announced on Monday morning, each Mylan share will be converted into one share of the new entity.

Mylan shareholders will own 43% of the new venture and Pfizer shareholders would hold the remainder. The new company will be based in United States and incorporated in Delaware. Shares of Mylan surged 22.43% in premarket trading, while those of Pfizer edged down 0.6%.

Beyond Meat earnings in focus

Beyond Meat, Inc (NASDAQ: BYND) is set to report second-quarter earnings after the closing bell today.

Shares of the alternative-meat franchise have gained more than 835% since the company made its market debut at $25 apiece in May. Analysts expect Beyond Meat to post a loss of $0.08 per share on revenue of $52.7 million, according to data compiled by Refinitiv.