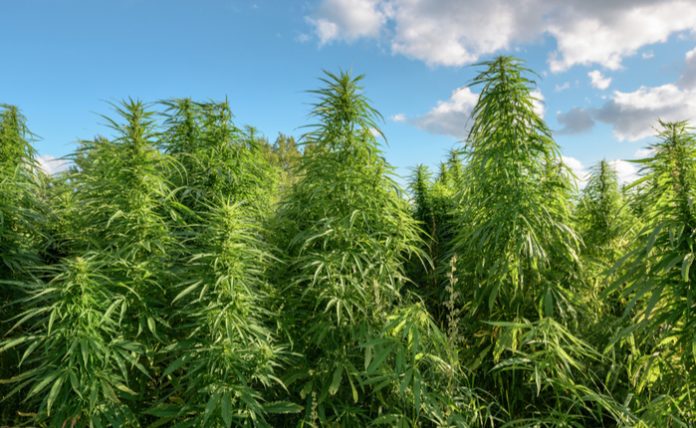 The world’s largest cannabis company has been struggling over the past few months. Following the unexpected firing of its iconic CEO and co-Founder, Bruce Linton, Canopy Growth (NYSE: CGC) has seen its share price tumble after reporting worse than expected financial figures.

Announcing in August that it had seen a $1 billion loss for the quarter, investors and analysts alike panicked as short sellers began to gather around the marijuana giant. However, one well-known analyst on Wall Street has jumped upgraded his rating for the stock.

Analysts at Seaport Global Securities upgraded their target price for Canopy Growth, raising it from a “neutral” to a “buy” rating in an earlier published report to clients. Currently, the company has a $31 per share target price on Canopy’s stock, suggesting that shares could go up almost 30 percent over the coming months.

Nor was Seaport the only company to issue new recommendations for the world’s largest cannabis company. Several other research analysts, such as those from Canaccord Genuity, also doubled down on their “buy” rating for Canopy, issuing target prices much higher into the $40s and $50s. While that might be overly optimistic for some, the long term prognosis for Canopy remains relatively strong despite this recent turn of events.

Although cannabis stocks on the whole have had a bad past few months, Canopy’s recent decline has been particularly surprising to many investors who had felt that the world’s largest pot stock would be more immune from the financial challenges that other companies have had to deal with.

Nothing could be further from the truth it turns out as investors quickly realized that Canopy had a significant cash problem, burning through a startling amount of money in a single quarter. Although a fair portion of the $1 billion decline came from expensive M&A activity that the management team could easily dial back on if they want to, seeing so much of the company’s liquidity dry up in a matter of months is jarring to even growth investors.

While short-sellers have taken the opportunity to begin targeting Canopy alongside other cannabis giants like Aurora, over the long run, shares of Canopy are expected to make a comeback. With Canada’s second legalization coming on the horizon which would open up CBD-based edibles and beverages to the market, the cannabis industry as a whole is expected to stage a much-needed recovery.

Over the past week, shares of Canopy haven’t responded much to this positive development from Wall Street. Shares have hovered between $23.5 and $25 for most of the week. On Tuesday, however, shares ended up rising by 5.5 percent in one of the better trading days for Canopy in a while.

Canopy Growth, headquartered in Smiths Falls, Canada, cultivates and sells medicinal and recreational cannabis, and hemp, through a portfolio of brands that include Tweed, Spectrum Therapeutics, and CraftGrow.

Although it primarily operates in Canada, Canopy has distribution and production licenses in more than a dozen countries to drive expansion in global medical cannabis and also holds an option to acquire Acreage Holdings upon U.S. federal cannabis legalization. – Warrior Trading News