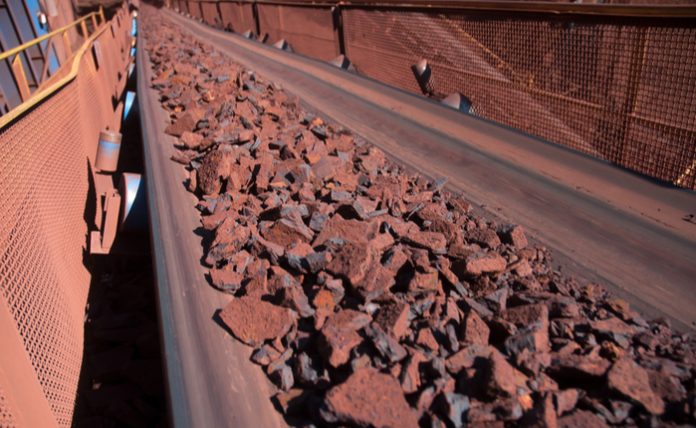 One of the most exciting industrial commodities has been iron. While it might not seem as attractive as gold, palladium, or other metals, iron prices skyrocketed to multi-year highs in 2019 due to a supply crunch following the world’s largest iron producer’s shutdown of facilities for safety reasons.

However, just as quickly as prices have risen, iron is now plummeting back down, validating the warning signs that many experts have given about how it’s not feasible for prices to stay near $120 per tonne. Since then, prices have fallen significantly, dipping to around $90 per tonne. However, surprising figures from China were released on Monday which saw prices jump upwards.

Prices for the industrial metal shot up by 4.4% on Monday, reaching $92.97 per tonne after trade data showed that Chinese imports for iron, which is a crucial raw material in the manufacturing of steel, remained strong despite the ongoing economic slowdown that the nation is experiencing.

China, which is the world’s top iron consumer, saw iron ore purchases for the month of August inch up to 95 million tonnes, a 4.2% increase from July and a 6.2% increase from the same time last year.

“We remain cautious about iron ore prices going into September in light of the still-uncertain trade outlook, the general malaise still plaguing large swathes of China’s industrial economy and a steadily-improving supply picture, but we don’t see as drastic a fall as what we saw in August,” said Edward Meir, a commodity consultant for brokerage firm INTL FCStone based out of London.

Prices for iron reached a peak in July at just under $126 per tonne, a 5 year high not seen since January 2014. However, prices ended up falling back downwards as markets saw a major correction. While prices are still up 28% year-to-date, it’s uncertain whether they will continue to fall further.

Vale (NYSE: VALE), the world’s largest iron producer, has had some of their previously halted facilities return to normal production, returning tens of millions of tonnes worth of iron back into the global marketplace.

Out of the 93 million tonnes of output originally taken off the market due to these production suspensions, approximately 31 million tonnes have now come back online. As Vale continues to bring even more facilities back to operational status, it wouldn’t be surprising if iron prices continue to fall in the future.

Other factors that have pushed iron prices downward include poor weather in western Australia, another major iron-producing region, which shut down shipments for a period of time. Coupled with the fact that Chinese stockpiles had all but run out at that time, it created the perfect conditions for a bull run in iron prices.

Vale is the world’s largest iron ore miner and one of the largest diversified miners, along with BHP and Rio Tinto. Earnings are dominated by the bulk materials division, primarily iron ore and iron ore pellets, with minor contributions from iron ore proxies, including manganese and coal. The base metals division is much smaller, primarily consisting of nickel mines and smelters with a small contribution from copper. – Warrior Trading News