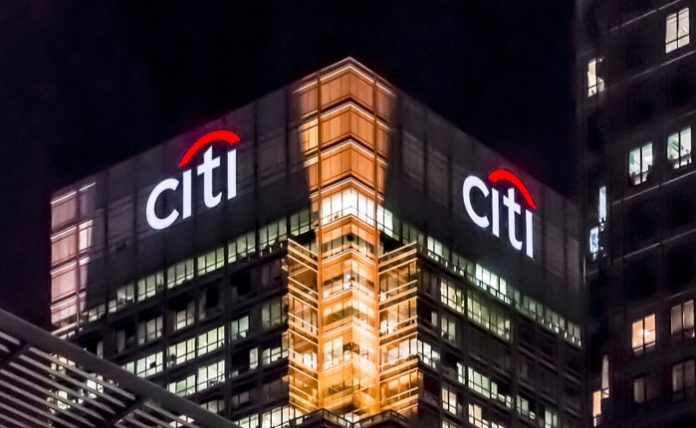 Gold prices have recently dipped back down below $1,500 per ounce, ending Tuesday’s trading session at $1,489.51 per ounce. While a mild setback for gold bulls, optimistic sentiments in the markets have never been higher for the precious metal as concerns over the state of the global economy continue to fester.

Weak manufacturing data from China and elsewhere coupled with the ongoing trade war between Beijing and Washington has created the perfect conditions for a flight to safety via gold, and that’s not even mentioning other factors like the reoccurring inverted yield curves.

Optimism about the price of the yellow metal has gone so high that one of Wall Street’s top investment banks is saying that gold could smash an all-time record and breakthrough in the $2,000’s.

That’s exactly what analysts at Citigroup (NYSE: C) said recently, adding that such a situation could easily occur within the next 12-24 months as U.S. growth falters and the Federal Reserve continues to cut interest rates. The New York-based bank said in a research note that the yellow metal could beat previous records of eight years ago, where gold hit $1,900 per ounce.

“We now expect spot gold prices to trade stronger for longer, possibly breaching $2,000/oz and posting new cyclical highs at some point in the next year or two,” said analysts from Citigroup. “From a birds-eye view, low(er) for longer nominal and real interest rates, escalating global recession risks—exacerbated by U.S.-China trade tensions—heightened geopolitical rifts amid rich equity and credit market valuations, coupled with strong central bank and investor buying activity, are all combining to buttress a bullish gold market environment.”

The Citi analysts also made sure to mention the fact that other world banks have continued to grow their gold reserves and diversify out of the U.S. dollar.

This particular trend of foreign national bank gold buying has been going on since last year, with Russia, China, India, and Turkey all playing a significant role in global gold demand. In Russia’s case, the country has quadrupled its gold reserves over the past decade with its total reserves now being worth over $100 billion.

This strategy of diversifying away from the U.S. dollar is shared by many other countries albeit almost none in the traditional Western world of North American and Europe. China has seen its own holdings of gold grow to 62.45 million ounces, worth approximately $94 billion at current market prices.

Gold has seen a significant upturn in Q2 2019, recovering from a mild setback in Q1 where prices dipped into the high $1,200’s and quickly reaching a fresh six-year high in the $1,540’s recently before giving back a little of those gains. This upturn is also great news for gold mining companies, which will appreciate higher prices as this directly translates to increased revenues.

Whether investors want to buy gold physically, trade futures contracts, or own shares of gold companies, things have never been better for this sector as prices for the yellow metal are expected to continue to rise significantly even by more cautious estimates.