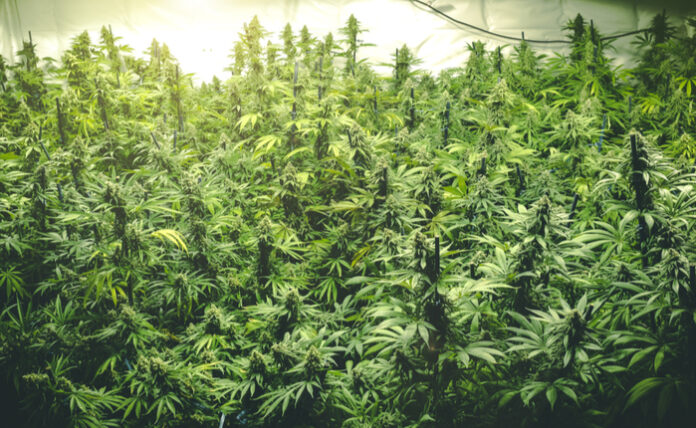 Large-cap cannabis stocks have been battered over the past week. With many companies reporting their financial earnings over the past few days, the markets were closely watching the results of many of these stocks to see if they could get a handle on their losses as well as stop the financial bleeding.

In the end, this turned out not to be the case, with many pot giants like Aurora Cannabis (NYSE: ACB) showing significant declines in revenue. Since then, the financial bleeding hasn’t seemed to stop, as Aurora has suffered its third consecutive double-digit daily decline.

Shedding over 36% in the past three trading days, Aurora has had one of the worst one-month performances in the company’s entire history. While pot stocks can move quite a bit over a one-month period, its quite rare for a large-cap stock like Aurora to lose so much of its market value, especially this is extending its previous losses over the past couple of months.

Back in August, Aurora made an overly eager, unaudited guidance report that it expected to be profitable for the quarter, a promise that turned out to be unfounded. With investors understandably disappointed by this turn of events, Aurora ended up further disappointing its shareholders when it said that it wouldn’t expect to be profitable until sometime in 2020.

Investors had held out hope that when Aurora posted its next quarterly results on November 14th that there would be a silver lining. However, with revenues declining substantially, it seems that a cloud of pessimism is now handing over Aurora. Especially since there haven’t been any other developments for the company in the past couple of days which could have triggered fresh loses.

Elsewhere in the cannabis sector, other companies have been suffering major declines. MedMen Enterprises ended up tumbling by a whopping 23% recently when it announced it was laying off 20% of its workforce as well as deciding to sell some of its assets. Another major company, HEXO, also had a substantial decline when it announced it discovered an illegal grow room in its new acquisition of Newstrike Brands. With cannabis investors still aware of the CannTrust debacle and how it all started with the discovery of illegal grow rooms, the markets are rightfully worried over how things will turn out for HEXO.

Overall, things aren’t going well for pot stocks across the board. Whether that be large-caps or small-caps, there doesn’t appear to be too many safe spaces to invest in right now in the industry. While time will tell how long this mini-recession lasts in the industry, it wouldn’t be surprising if it carries on well into early to mid-2020. If you still have money invested in this market, brace yourselves.