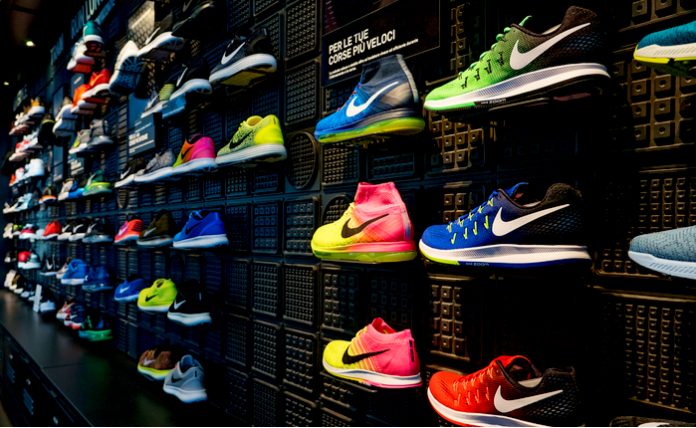 Even some of the largest retailers out there in the world have seen their sales plummet due to the aftereffects of the coronavirus pandemic. Despite the fact that many of these companies have seen online sales surge during this time (with Amazon and Walmart being the two main examples), many of the largest retail brands on the planet has seen a significant loss of business, if at least only temporarily. Nike (NYSE: NKE) is one of many retail brands that have seen sales decline over the past three months, with the company reporting a 38% decline in sales this quarter overall.

While a significant decline, it wasn’t entirely unexpected by investors. With many Americans now out of a job or in financial distress, spending extra money on sneakers and shoes isn’t really practical at this time. Despite the fact that nearly all Nike stores across the U.S., in-store sales have slumped while online digital sales remain quite high. This increase in online purchases, up 75%, helped cushion the company’s overall sales figures, but the company still reported a significant quarterly loss.

At the moment, around 85% of all stores across the continent are operational in some capacity. Across the ocean, around 90% of all stores in Europe and the Middle East are open for business. In comparison, only 65% of all stores in the Asian region have opened their doors to customers. Total sales in North America are around $2.2 billion, a 46% decline from last year, while Chinese sales are down to $1.6 billion. Overall, losses came in at $790 million, a significant decline from the $989 million reported one year ago.

Even though most analysts were expecting Nike to post some sort decline, these results were worse than what was expected from Wall Street. Although Nike refused to provide any specific guidance targets for the company’s fiscal 2021, the management team did say that it expects the first half of the year to be in the negative financially.

Shares of the footwear brand were down around 4% in after-hours trading on Thursday. Despite reporting a significant decline during the first quarter of the year, Nike had managed to recover to where it was before the entire COVID-19 pandemic first broke out. The company had already reached a fresh all-time high going into 2020, so investor sentiment surrounding the company still seems to be pretty strong if the stock is currently trading right under record highs. The majority of Wall Street analysts covering the company have a “buy” rating on the stock, while just a handful have a neutral “hold” rating.

Nike is the largest athletic footwear and apparel brand in the world. It designs, develops, and markets athletic apparel, footwear, equipment, and accessories in six major categories: running, basketball, soccer, training, sportswear, and Jordan Brand. Footwear generates about two thirds of its sales. Nike’s brands include Nike, Jordan, Converse (casual footwear), and Hurley (action sports). Nike sells products worldwide and outsources its production to more than 400 factories in more than 40 countries. Nike was founded in 1964 is based in Beaverton, Oregon. – Warrior Trading News