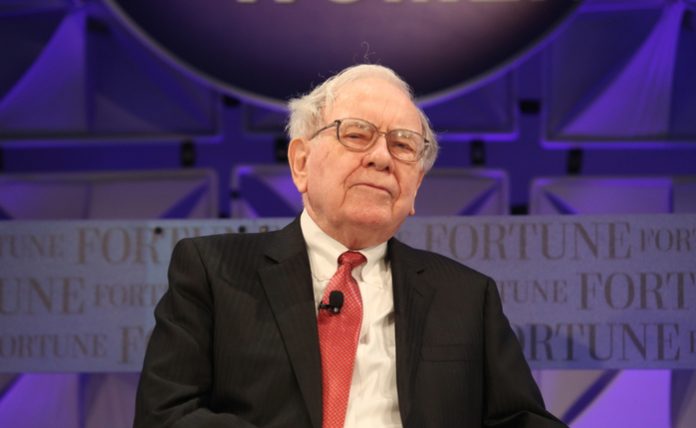 One of the most interesting pieces of news to cross financial outlets on Monday came from the Oracle of Omaha himself. People have always followed Warren Buffett’s advice or at least paid attention to it. Considering the unique circumstance surrounding the U.S. economy, people are paying even more attention to what Buffett has to say. Over the weekend, he said that he is already seeing inflation creep into his businesses and warned that other people should expect inflation in the coming months and years.

“We are seeing very substantial inflation. It’s very interesting. We are raising prices. People are raising prices to us and it’s being accepted. We’ve got nine homebuilders in addition to our manufacture housing and operation, which is the largest in the country. So we really do a lot of housing. The costs are just up, up, up. Steel costs, you know, just every day they’re going up,” said Warren Buffett in Berkshire Hathaway’s annual shareholder meeting.

Berkshire Hathaway owns a number of the largest home builders in the country. Over the past few months, home purchases have skyrocketed to record highs thanks to continued low-interest rates from the Fed. At the same time, this has led to a spike in prices for various raw materials associated with house construction. This includes steel, but the biggest surge has come from lumber prices, which are trading around four times higher than their normal price range last year.

Various other experts have chimed in on the current state of the economy. Besides the billions of dollars spent on stimulus checks for ordinary Americans, the Biden administration has announced multiple new billion-dollar initiatives centered around revamping the country’s infrastructure. While this has stimulated the economy, the downside is that people are wondering what will happen with all these new U.S. dollars now entering the market. Some estimates say as much as 25% of all U.S. dollars have been printed over the past 12 months.

While regular investors have been worried about inflation for a while now, certain sectors have experienced it more than others. Additionally, Fed chairman Jerome Powell keeps saying that he expects inflation to rise just a bit in the short-term but eventually to stabilize. Considering how sensitive the markets are to any serious inflation worries, it’s not surprising it’s a top issue on Powell’s mind.

Buffett also announced that if he should pass away or something happen to him, Berkshire Hathaway CEO Greg Abel would succeed him. While the legendary investor has long avoided talking about the subject, he finally confirmed that Abel would be the next one to take over the reins if something should happen to him.

Berkshire Hathaway Inc is a holding company with a wide array of subsidiaries engaged in diverse activities. The firm’s core business segment is insurance, run primarily through Geico, Berkshire Hathaway Reinsurance Group and Berkshire Hathaway Primary Group. Berkshire has used the excess cash thrown off from these and its other operations over the years to acquire Burlington Northern Santa Fe (railroad), Berkshire Hathaway Energy (utilities and energy distributors), and the firms that make up its manufacturing, service, and retailing operations (which include five of Berkshire’s largest noninsurance pretax earnings generators: Precision Castparts, Lubrizol, Clayton Homes, Marmon and IMC/ISCAR). The conglomerate is unique in that it is run on a completely decentralized basis. – Warrior Trading News