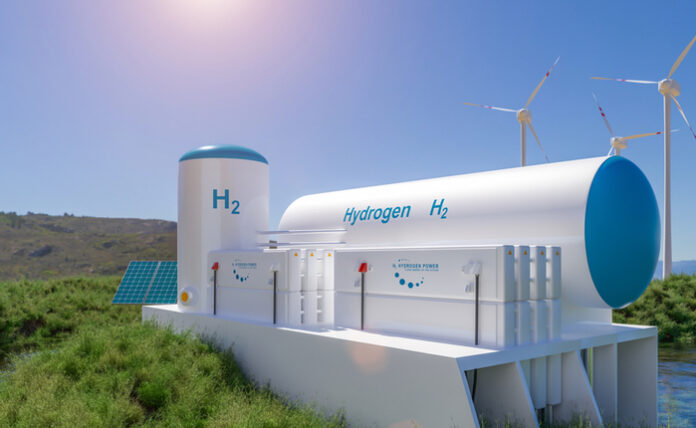 New press releases show the project will likely be active by the end of 2022.

The vehicle for this innovation, INNIO, is a leading provider of renewable gas and hydrogen-rich solutions headquartered in Jenbach, Austria, with holdings in the U.S. and Canada, as well as 100 other countries around the world.

Importantly, the INNIO project reportedly uses hydrogen that was created as an industrial byproduct, so that carbon accounting doesn’t have to factor in the process of creating the hydrogen itself.

“INNIO has based its strategy on hydrogen becoming a driver of the energy transition, as it is uniquely positioned to shape a low- through no-carbon energy sector,” said INNIO CEO Olaf Berlien in a press statement. “INNIO launched its ‘ Ready for Hydrogen ’ portfolio to meet customers’ demands for sustainable solutions, such as at Hyosung, to establish hydrogen-based power generation. We are pleased to be their hydrogen engine technology partner of choice and to establish the first 100% hydrogen power plant in APAC…We will continue our relentless focus to deliver INNIO technologies and services that will help our customers to reduce their carbon footprint down to zero.”

Some who are not familiar with hydrogen fuel cell technology will be surprised to know that scientists have been experimenting with this power source all throughout the 20th century.

For example, hydrogen powered vehicles proliferated in the 1970s as long-term fuel costs became a major concern and the US saw fit to lobby OPEC.

“Fears about oil availabilty (due to the 1973 OPEC-led oil crisis) led to various hydrogen cars being producted,” writes Tristan Perry at Green Car Future. “A range of cars powered partially or wholly be hydrogen (either via combustion engines or fuel cells) were developed, including the Brigham Young Superbeetle in 1972, a Cadillac Seville which featured in US President Jimmy Carter’s inaugural parade in 1977, the K. Kordesch passenger car (based off the Austin A40), and the BMW 520h in 1979.”

The United States has several of these in regions like New England.

Many of them, though, still use fossil fuels to generate the hydrogen.

Experts believe that soon, solar and wind power will be fueling the hydrogen creation and will transition to a new class of renewables.

In the meantime, think about these types of advances if you have an energy sector in your portfolio.