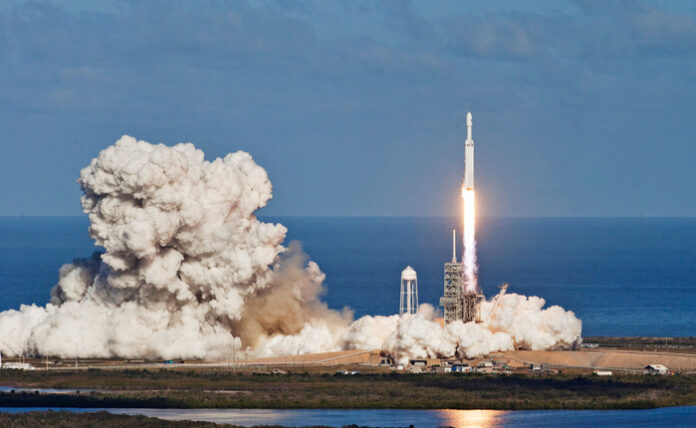 There was plenty of interesting news for traders to react to as we kicked off this short week. One of Monday’s best-performing stocks was Astra Space (NASDAQ: ASTR). The young space start-up, which was struggling up until this point, skyrocketed after successfully launching its first rocket. Not only did Astra Space make mainstream headlines, but the company even received a congratulatory statement from Elon Musk, whose own company, SpaceX, is also launching rockets.

Astra announced on Monday that its first successful test flight, which launched back on Friday, managed to put a dummy satellite into orbit. The company plans to use dozens of lightweight rocks that would make frequent trips dropping off satellites. It’s not the only company pursuing this type of business model, but few businesses have had any success up until this point.

What really excited investors was that Astra Space is focusing on smaller rockets. In contrast, SpaceX’s Falcon rockets, which are used mainly for larger satellites, are over 200 feet tall, more than four times the size of an Astra rocket. Considering that the majority of predicted future satellite demand will be for smaller satellites, it’s more economically viable for companies to opt for smaller rocket makers. The company also went public during the height of the space stock boom earlier this year.

“I just want to say how incredibly appreciative I am of our shareholders, our customers, for their patience with us,” CEO Chris Kemp told reporters Monday morning. “And, of course, for the entire team here who’s just worked so hard over the past couple of years, launch after launch, just continuing to put energy and passion into this.”

Even Elon Musk praised Astra Space for its first successful flight, saying himself that it’s an incredibly hard industry to succeed in. Prior to this, Astra had attempted several flights already, none being successful.

Astra also boasts a contract with the U.S. Space Force to take future satellites into space. It’s one of few companies around the world that can say the same, although there aren’t many companies launching rockets into space in the first place right now.

Shares were up over 35% on the news, with Astra Space touching a $3 billion market cap. The company went public earlier this year, initially planning a $2.1 billion IPO. Since going public, the company has had a bumpy ride in terms of valuation. This includes earlier failures, such as its notable August rocket failure, which flew just 30 miles into the air before crashing back into the ocean.

There are only two analysts covering the stock right now, compared to the one just three months ago. Prior to this news, one analyst was bullish, while the other was bearish. While today’s launch success bodes well for the company’s future, that doesn’t mean it won’t have a lot more rocket launch failures until then.