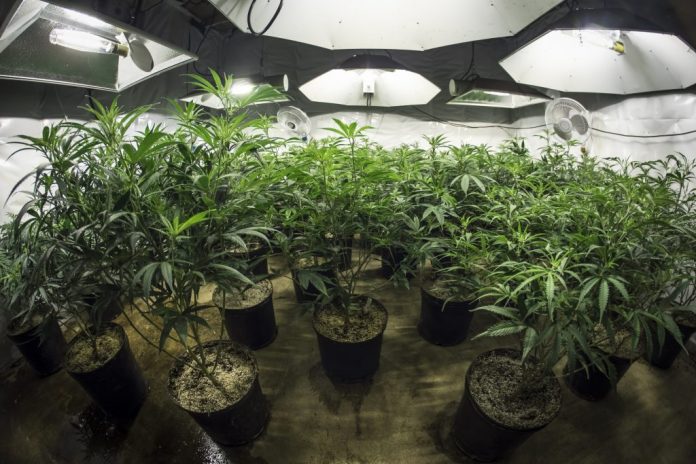 There were many big winners in the cannabis sector in 2018. Despite the turbulent last quarter of the year that eradicated most of the gains made during the first three quarters, some companies still defied these trends and ended the year up much more than they started. Cronos Group (TSE: CRON), despite having increased almost 50 percent in 2018 as well as nearly doubling in January, saw Wall Street analysts downgrade the company as they expect a downturn in the stocks prices.

According to MarketWatch, analysts from GMP securities downgraded CRON from a “buy” to a “hold,” adding that their target price for the company has 21 percent lower than current market levels.

“The company’s shares have surged ~110% year-to-date on no material news and have outperformed the HMMJ cannabis index by a factor of two. This strong performance forces us to change our rating to HOLD solely based on valuation,” said analyst Martin Landry in a note.  “Cronos is still in the early stage of its development with limited revenues in relation to its sizable market cap. Hence, in our view, the company needs to backfill its valuation with capital deployment into the U.S. market, increase its penetration in the Canadian recreational market and continue its international expansion.”

Cronos Group, which has surged over 80 percent in January alone, hasn’t seen much notable news that would propel this advance. As such, there are a few catalysts that are figured to be driving this growth. For one, January was an excellent month for cannabis stocks, with global marijuana companies surging 44 percent in the month. Part of this increase likely stems from the passing of the US 2018 Farm Act, which legalized agricultural hemp cultivation and came into effect January 1st.

Another potential reason for Cronos’ rise in stock price is likely anticipation of the coming Altria (NYSE: MO) deal, a tobacco giant that is buying 45 percent of Cronos for around $1.8 billion. The deal, first announced in December, is expected to close in the first half of 2019. A third potential reason came when U.S. attorney general nominee William Barr said in a written statement that he “would not target cannabis businesses that comply with individual states’ marijuana laws.”


Regardless of the reasons behind Cronos’ rise over the past month, analysts expect this increase to be short-lived. In response, CRON shares dropped around 7 percent in value.

Cronos Group is a globally diversified and vertically integrated cannabis company with a presence across five continents. Cronos Group operates two wholly-owned Canadian licensed producers: Peace Naturals Project Inc., which was the first non-incumbent medical cannabis license granted by Health Canada, and Original BC Ltd., which is based in the Okanagan Valley, British Columbia. Cronos Group has multiple international production and distribution platforms across five continents. Cronos Group intends to continue to rapidly expand its global footprint as it focuses on building an international iconic brand portfolio and developing disruptive intellectual property. Cronos Group is committed to building industry leading companies that transform the perception of cannabis and responsibly elevate the consumer experience. – Cronos Group