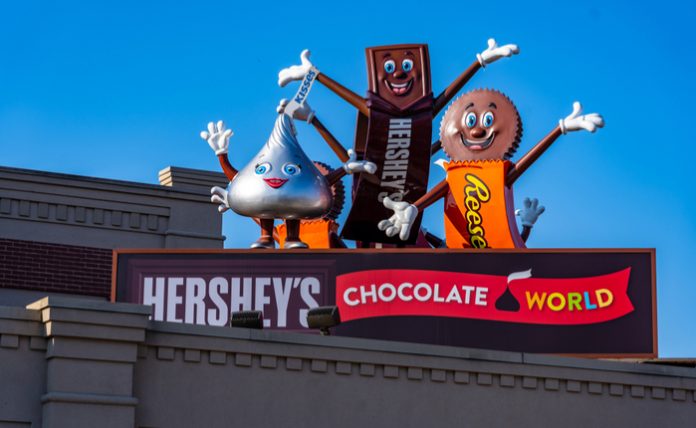 News is breaking today that major American chocolatier Hershey is going to join something called Adledger, which is billed as a “nonprofit consortium” founded by IBM and other partners that helps to implement blockchain ledger technologies in digital advertising.

In reporting from Ana Alexandria today, Cointelegraph looks into the history of the Adledger project, noting that IBM and Salon Media originally kicked off a proof of concept project called “The Campaign Reconciliation Project” that aims to streamline marketing campaigns using the power of the immutable ledger.


The Adledger idea is innovative, but not entirely unique: early adopters of blockchain in advertising include Toyota, which partnered with a firm called Lucidity in order to maintain integrity of digital advertising.

Remarks from Hershey leaders indicate that the chocolate company may be going further than its Adledger bid into using blockchain to track supply chain materials.

“This would be a fundamentally massive shift in the way that we think,” Vinny Rinaldi, head of addressable media and technology for The Hershey Company  told reporters , speaking of a concept plan where Hershey could use blockchain to track materials “from bean to bar.”

Why is this big news? Aside from the idea that if you told Milton Hershey about blockchain he would just say “what?” – Hershey’s move represents one of a large number of similar plays by companies and corporations to utilize the power of the blockchain for their business processes.

That’s part of what’s calling people to call 2019 the “year of the blockchain” and argue that wider institutional adoption is going to change the equation on what you see on the value tickers. This news comes as Bitcoin and Ethereum and other major cryptocurrency offerings continue to hold steady at near term highs. Stay tuned to hear more about what’s on the horizon for crypto.