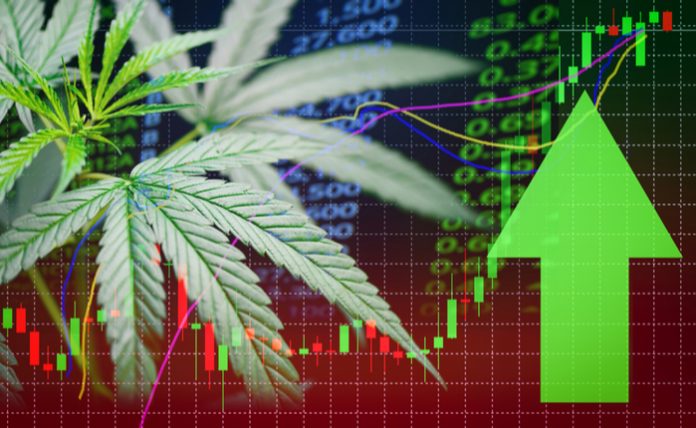 Cannabis stocks have been understandably volatile over the past few months. While many companies have reported poor profits over the past couple of weeks and have fallen in share price, a few standouts have seen their share prices jump recently.

Overall, however, big financial institutions that have traditionally avoided cannabis companies are warning investors that some companies have grown to much, too quickly and are due for a major correction. Bank of America Merrill Lynch announced on Wednesday that they are now coverage a handful of cannabis stocks, issuing three “buy” ratings and one “underperform.”


Wall Street coverage of cannabis companies has been scarce historically with few companies offering dedicated research and coverage into the industry. The first company to do so was Cohen & Co, with analyst Vivien Azer being the head figure covering the sector. Merrill Lynch’s entrance into the marijuana industry is another good sign for the sector.

Surprising to some, Carey considered HEXO to be the most attractive of the three companies, perhaps due to the smaller market cap of the company, just under $2 billion, as opposed to Aurora and Canopy who have $12 billion and $19 billion market caps respectively. This would give HEXO more maximum growth potential, as many consider the company to be next in line to become one of Canada’s top cannabis companies.

“HEXO is our Top Pick in cannabis, screening compelling in our valuation framework vs peers (EV/sales and DCF), and with fundamentals grounded by the most de-risked cannabis supply in Canada (off-take with Quebec), an innovation-forward organization and potential for additional value-add partnerships (beyond that already developed with Molson Canada),” said Carey in a note.

The one company Carey issued an “underperform” rating on was Cronos Group (NASDAQ: CRON). The industry at large considers Cronos alongside another NASDAQ-listed company, Tilray Inc , as being two of the most overpriced cannabis companies on the market, with revenue figures not high enough to justify their extremely high valuations.

“We think distribution channel constraints in Canada could prompt companies, namely larger ones with capital, to seek strategic actions in international jurisdictions, including potential for deals in the U.S. and Europe; indeed, the longer Canada channel issues persist, the more likely these actions become, in our view, a catalyst,” he added according to Barrons.

Overall, the Merrill Lynch analyst set his target prices for HEXO, Aurora, Canopy, and Cronos respectively at $10, $11, $52, and $13 per share. These picks largely coincide with the analysis of Vivien Azer, who picked Aurora Cannabis as her top choice in the sector, ousting out Canopy Growth. She differs slightly with Carey in the sense her opinion on Cronos is mixed, arguing back in March that “we look for a more attractive entry point, assuming the existing business model remains intact.”

Canopy Growth jumped ten percent, partially due to Merrill Lynch’s coverage but also because an anonymous source revealed that the company was planning a multi-billion-dollar acquisition of Acreage Holdings (TSXV: ACRG.U), the largest multistate cannabis operator in America. HEXO also jumped 10 percent today thanks to the vote of confidence from Carey.