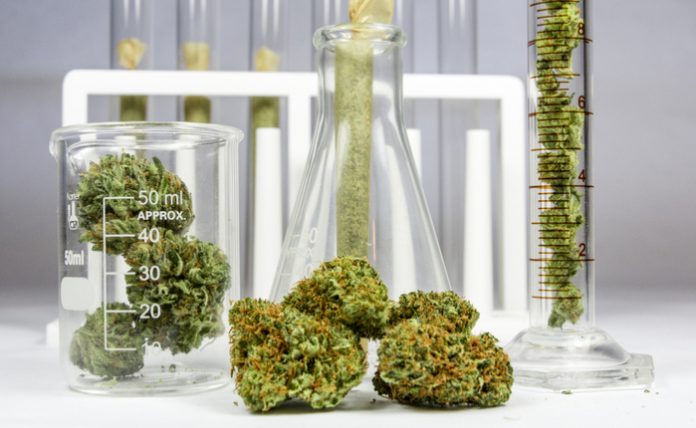 The Supreme Cannabis Company (TSX: FIRE) announced today that it was launching a new, high-tech subsidiary which would be focused exclusively on cannabis genetic modification.

Cambrium Plant Sciences, which would be located in Ontario, Canada, would bring together a number of scientists focused on cannabis genetic engineering, a growing but still a highly specialized field in the market which is poised to grow substantially in the future.


Cambrium will focus on developing new strains of premium cannabis for recreational, medical, and wellness products. Overall, Supreme Cannabis will invest around $14 million to develop what would become one of the world’s top facilities for cannabis-focused research and development.

The facility would also include a number of proprietary growing rooms for testing, part of the larger 34,000 square foot testing facility. Supreme Cannabis expects the facility to begin retrofitting in early summer as Cambrium rushes to acquire a Health Canada license as soon as it can.

“Our proprietary genetics selection methodology and ability to cultivate high-end cannabis at scale at 7ACRES has created strong industry demand for our proprietary genetics and cultivation techniques. It was as a result of the demand that we saw a global opportunity to create a company whose sole focus is innovating plant genetics and cultivation IP for the global cannabis market. We believe genetics are the foundation of proprietary cannabis products in the long term,” said Supreme Cannabis CEO Navdeep Dhaliwal. “Cambium will develop cultivars that benefit our in-house brands, as well as our domestic and global cultivation and manufacturing partners. Initially, Cambium is expected to benefit from 7ACRES’ established genetics, existing infrastructure and the unparalleled plant knowledge of its team.”

The new facility would be led by Dr. Alan Darlington, who worked for another Supreme Cannabis subsidiary, 7ACRES, as the Director of Special Projects. In the role, he played a big part in improving the performance of the brand’s cannabis strains. He also brings 30 years of experience working with plant-based products.

“Cannabis has not yet had the benefit of the agricultural revolution that transformed commercial agriculture on a global scale over the past century. We believe, Cambium will play a leading role in advancing the cannabis industry by revolutionizing strain development to enhance the broader industry’s outputs,” added Darlington. “From the next blockbuster recreational strain, to disease-resistant agricultural seed stock, Cambium will seek to improve the economic profile of cannabis production by pushing the boundaries of the cannabis plant.”

Overall, shares of Supreme Cannabis didn’t move too much, ending the day 2.6 percent higher than it started. A low-priced company just above penny stock range, the $600-million market cap cannabis company has had an erratic stock history, surging from C$1.40 to C$2.30 per share, before losing some of that value over the past couple of weeks down to C$1.99.

Supreme Cannabis has seen strong, triple-digit revenue growth figures as the company has focused on the premium B2B model. While many experts think Supreme Cannabis is undervalued, time will tell whether or not the company will take off in the future and whether focusing on premium cannabis is the way to go.