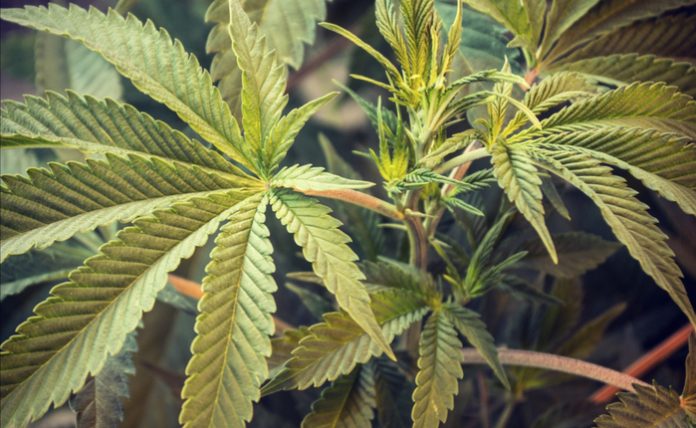 In the world of U.S. pension funds, there are two major players in the market right now that have enough assets to cover their future obligations.

South Dakota and Wisconsin both fall into this category, and while pension funds typically rely on more conservative investment choices, one of these major institutions have taken somewhat of a risky gamble in the cannabis sector.

Recent filings from Wisconsin have revealed that the State of Wisconsin Investment Board has bought shares in Canadian marijuana company Cronos Group (NASDAQ: CRON)(TSE: CRON), alongside a few other surprising choices.

The investment board first disclosed its trades in a form filed with the SEC recently, declining the comment on what factors influenced their decision to buy into the cannabis giant. Cronos Group has initially had an excellent first quarter, surging around 77.4 percent before tumbling 19 percent through Friday’s close.

According to the filing, the investment board purchased 127,900 shares of Cronos in the first quarter, purchases that happened entirely in Q1 2019 as the board didn’t own any shares at the end of 2018.

Canadian cannabis giant Cronos, which lists on both the NASDAQ and the TSE, was considered as one of the more overpriced cannabis stocks in the market alongside Tilray (NASDAQ: TLRY). According to a story reported by Barrons, one of Cronos’ problems is its inability to find and purchase high-quality marijuana, a problem shared by many companies in the industry. Nor is the company strapped for cash as Cronos has over $2 billion in cash and is willing to pay a premium for consistent sources.

Unfortunately, third-party sources of cannabis have been scarce, with Cronos CEO Mike Gorenstein saying in a conference call that it appears that consistent, high-quality sources can’t be guaranteed unless produced in-house.

Cronos wasn’t the only surprising investment decision from the pension fund. The institution also took a position in Alibaba Group Holding (NYSE: BABA) as well as doubling down on its ownership of Zillow Group Stock (NASDAQ: ZG) while dropping shares of PG&E Corp (NYSE: PGC). Shares of Zillow have risen 15.9 percent in April and May, while PG&E stock has continued to fall over the quarter, down 4.4 so far in Q2 as the pension fund cuts its losses.

Shares of Cronos Group dipped 2 percent on Friday’s trading session, ending the day at just over C$20 on the TSE and $14.93 on the NASDAQ.

Cronos Group Inc is a diversified and vertically integrated cannabis company. Its principal activities involve production and sale of cannabis in federally legal jurisdictions, including Canada and Germany.

The company sells dried cannabis and cannabis oils under its medical cannabis brand Peace Naturals. It seeks to invest in companies either licensed or actively seeking a license, to produce medical marijuana pursuant to Canada’s Marijuana for Medical Purposes Regulations. The company other brands include Spinach and Cove.  – Warrior Trading News