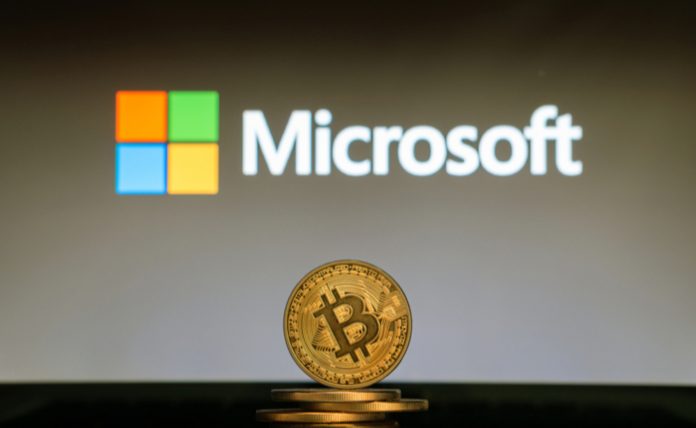 On Monday, Stephen O’Neal at Cointelegraph is reporting on some aggressive moves by tech giant Microsoft to pull blockchain in somewhat of a new direction.

“Microsoft (has) presented a vast blockchain-related plan,” O’Neal reports,  “a decentralized identity network built atop of the Bitcoin network, which can potentially empower users all over the internet to take control over their personal data and content.”

In noting the development of the Azure Blockchain Service and prior attempts to start working on complex supply chains, O’Neal also spills some Inc. talking about new models for identity control and management.

“The initiative could be traced back to the summer of 2017, when Microsoft collaborated with Accenture and Avanade to create a blockchain-powered database system that would enable multiple parties to share access to the same data with an “extremely high level” of confidentiality and security,” O’Neal writes. “The prototype — running on Microsoft Azure, the tech corporation’s cloud platform — was presented to support ID2020. The group is a nonprofit, public-private partnership that has set out to deal with identity related challenges that plague over 1.1 billion people around the world. In particular, those people come from less privileged social backgrounds, and so the lack of documents excludes them from participating in cultural, political, economic and social life.”

Emerging in this picture painted by industry innovators is the idea of self-service identity tools – that by pursuing these kinds of decentralized setups, blockchain can empower transient or marginalized populations to have more control of their own destinies and to document their own identities in more vibrant ways.

“The concept of digital identity has been widely discussed as the key to solving those issues,” writes O’Neal.

Analysts also point to identity theft as a problem that can be controlled by a decentralized identity setup.

“With data breaches and identity theft becoming more sophisticated and frequent, users need a way to take ownership of their identity,” writes Ankur Patel, a Microsoft professional cited in O’Neal’s report, in a treatise on decentralized idenitity posted on the company’s web site.  “After examining decentralized storage systems, consensus protocols, blockchains, and a variety of emerging standards we believe blockchain technology and protocols are well suited for enabling Decentralized IDs … We need a secure encrypted digital hub that can interact with user’s data while honoring user privacy and control.”

In terms of security and privacy, one interesting angle is that decentralized identity tools could be protected from security loopholes by limiting their access to the global Internet, for example, where a centralized system could ping a decentralized endpoint to discover key identity data where that end node would not be endlessly open to hacker activity.

Why are we reporting on this trend? Because it’s these kinds of changes that are going to move markets over the long-term.

We can look at price charts and talk about what’s rallying right now, but deep and profound innovations like these will change the landscape of our world, both financially and in terms of national economies, and will help develop the destiny of cryptocurrency in the world to come.