Home Blog Posts These U.S. Retailers Could Be Hit The Hardest If U.S./China Trade War... 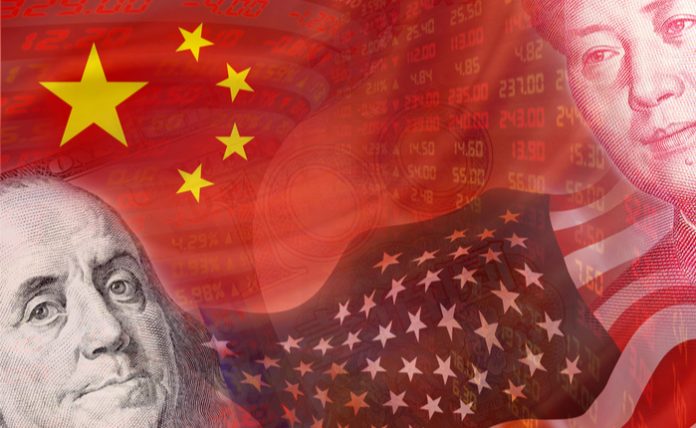 Wall Street analysts have become increasingly concerned that a wide range of U.S. retailers – including home-improvement stores, apparel companies, electronic sellers, furniture brands, and sneaker brands – could get caught in the cross hairs of the intensifying trade war between Washington and Beijing.

The U.S. recently hiked levies on $200 billion worth of Chinese imports to 25% from 10% after officials from both countries failed to reach a trade agreement. Beijing struck back by vowing to increase levies on $60 billion of U.S. imports from June 1.

Retail stocks have analysts on edge as almost every company they cover imports products from China. Several analysts have weighed in on the potential ramifications of the trade spat on the following categories of retailers:

Nike (NYSE: NKE) and Under Armour (NYSE: UAA) were among more than 170 footwear companies that recently wrote a letter to U.S. President Donald Trump warning him that a full-blown trade war with China could have catastrophic effects on the U.S. economy, consumers, and companies.

Should the trade dispute continue escalating, companies such as Nike, Foot Locker (NYSE: FL) Crocs (NASDAQ: CROX), Skechers (NYSE: SKX) and Steve Madden (NASDAQ: SHOO) could be left with no choice but to hike shoe prices.

The average price of a pair of sneakers could jump from $48.18 to $60.93, according to a recent survey by the Footwear Distributors and Retailers of America (FDRA).

Several department stores in the U.S. have also expressed concerns that prices for shoppers will go up because of higher duties on goods imported from China. Some department store chains have even been forced to make changes in order to alleviate potential upsets from the Sino-U.S. tariff tiff.

For example, Macy’s (NYSE: M) chief executive Jeff Gennette said the company has been preparing for more tariffs by working aggressively with its overseas suppliers, particularly those that are critical to its in-house brands.

If department stores, including JCPenney (NYSE: JCP), Kohl’s (NYSE: KSS), and Dillard’s (NYSE: DDS) face higher tariffs and are unable to pivot out of China in order to avoid the costs, they are highly likely to pass the bill to their customers.

Stocks of mass merchandisers had been surging early this year, but have since given back some of the gains and now are at risk of declining even further as trade tensions continue to mount.

Currently, more than half of Target’s brand-producing factories are based in China, which is a 45% increase from 2014. Worse yet, the company has offered little details about its trade war contingency plan.

Discount retailers such as Dollar General (NYSE: DG) and Dollar Tree (NASDAQ: DLTR) will be disproportionately affected by levy hikes due to the impact on their own prices.

Moreover, price increases in the economy are likely to take a heavier toll on the lower-income Americans that shop at discount retailers. The amount that shoppers can spend is also likely to be affected, thereby taking the edge off future performance of these companies.

These companies offer a broad range of home improvement products including bathroom and kitchen accessories, outdoor and indoor flooring, and raw lumber products. Lowe’s and Home Depot are currently improving their exclusive brand deals and private-labels, which could increase their exposure to China.

Home Depot reported first-quarter financial results on May 21, which beat on both earnings and revenue. Despite the positive results, China tariffs have cost the retailer nearly $1 billion so far. The costs are set to rise further moving forward if the newly imposed tariffs hikes hold.

Obviously shareholders of home improvement retailers would not want to see costs rise further because of tariffs. Wedbush Securities analyst Seth Basham told Business Insider that Lowe’s and Home Depot are “going to have trouble passing through all of the cost increases they incur.”