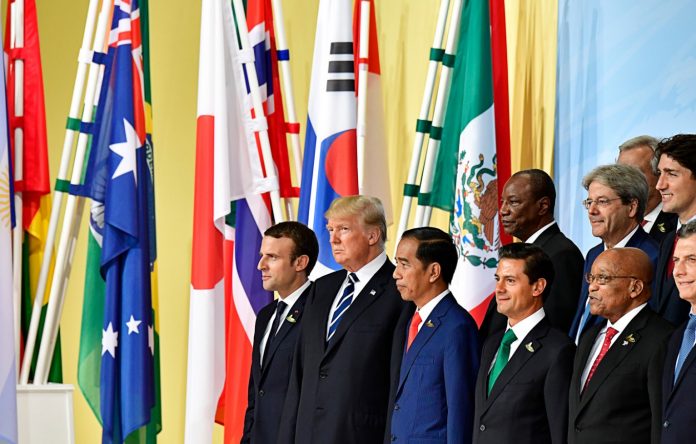 Trade tension is back in financial news in a big way prior to the upcoming G20 summit, which, for most of us, needs no introduction.

This morning, Bloomberg describes U.S. equity futures as “paring gains” and broadcasts an interview with BlackRock Chief Fixed Income strategist Scott Thiel, who has some predictions about potential political fallout from the summit where American and Chinese leaders are expected to interact.

“In the very near term, the G20 is … critical,” Thiel said. “Geopolitical risk is going to be a huge driver.”

Going a step further, Thiel suggested that in many ways investors have already priced in some kind of solution or fix of the trade problem, and so that’s going to impact what happens moving forward.

“That immediate relief is going to be very important,” he said.

“The concern around geopolitical issues has translated into the real economy,” Thiel said. “If we get relief, does that relieve some of that … tension?”

Elsewhere, a Bloomberg analyst, Stephen Engel, mentions other issues countries will be bringing to the table for the G20, including climate change and plastics in the ocean, which he said is a concern to the Japanese.

Still, he said, come countries will be looking at whether the United States administration can build a coalition around somewhat erratic policy points, or whether the Trump camp will have to ‘go it alone.’

Let’s see what comes out of the G20 summit and how it affects markets. Factor outcomes into your portfolio strategy, including word on likely Federal Reserve action.