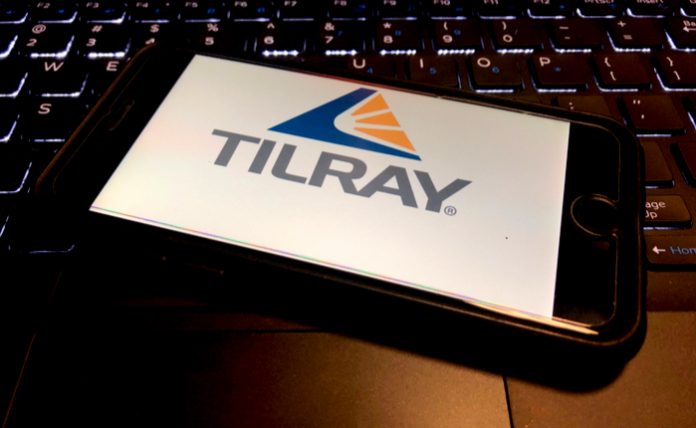 Cannabis giant Tilray (NASDAQ: TLRY) confirmed on Monday that its largest shareholder and long-time investor, Privateer Holdings, has signed an agreement that would finalize a merger between the two companies.

Under the terms of the downstream merger, Tilray would issue 75 million shares to Privateer Holdings equity holders, which represents 77% of the cannabis giant’s total share outstanding. At the same time, they’ve agreed to extend a pre-existing lock-up agreement that would prevent insiders from selling sells to the public.

While it might be unusual in comparison with other sectors, the cannabis industry has seen a fair number of its executives chose to extend share lock-up contracts. Tilray’s case is a little unusual since Privateer is the only main insider that owns Tilray’s stock and they can’t sell shares without sending the stock crashing.

If anything, the lock-up extension adds some confusion to the markets since Tilray’s original IPO was completed over a year ago, well past the period where most companies end their lock-up agreements.

Although it is a little odd for Tilray, which was the first cannabis stock to go public with an IPO, to take this approach, the fact that a definitive merger agreement has been made with its largest stakeholder is still a good sign. Unfortunately for the company, analysts are far from bullish.

Wall Street’s top cannabis analyst, Vivien Azer, ended up revising their target price on Tilray’s stock, cutting their price target for the stock from $150 to only $60. While this is well above where the stock is currently trading and implies some upside potential, it’s a far cry from the optimistic hopes Wall Street had for Tilray’s stock.

“We appreciate the long-term confidence that Privateer has in the Tilray business and we look forward to having their investors as part of our stockholder base,” said CFO Mark Castaneda. “We believe this transaction will give Tilray greater control and operating flexibility while allowing us to effectively manage our public float.”

Shares of Tilray ended up falling by 2% in response to the news although at the time of writing, shares are up around 4% in Tuesday morning. Over the past six-months, however, Tilray has seen its stock plummet as shares have fallen by over 50% since March.

Tilray used to be considered one of the more overpriced large-cap cannabis stocks in the market, alongside other rivals like Cronos Group (NASDAQ: CRON). Since then, both companies have lost a significant portion of their market cap and are now more appropriate investments at their current trading ranges.

At one point trading at $214 per share, Tilray is currently trading on the markets for just $31.16, an 85.5% loss since hitting its high in September 2018. It seems unlikely that the company will ever recover.

Tilray, headquartered in Nanaimo, Canada cultivates and sells medical and recreational cannabis through a portfolio of brands that include Canaca, Dubon, and Manitoba Harvest.

The bulk of Tilray’s sales are in Canada, but the company also sells CBD Products in the U.S. through a partnership with Authentic Brands Group and exports medical cannabis globally from its production facilities in Canada and Portugal. Tilray also has a partnership with AB InBev to develop cannabis-infused drinks. – Warrior Trading News