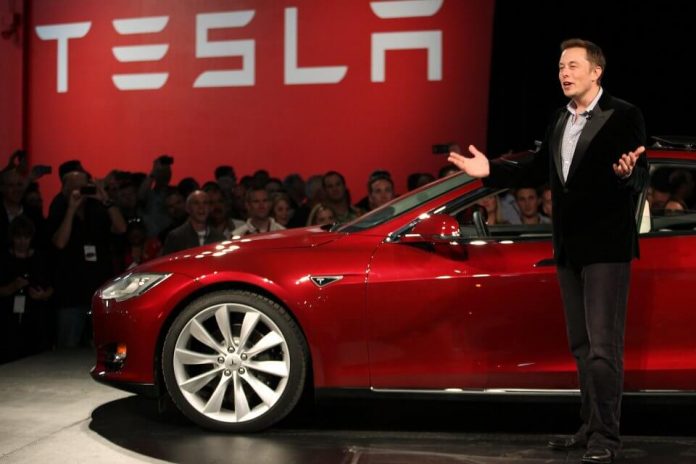 Tesla (NASDAQ: TSLA) continues to be not just one of the best-performing stocks this year, but an impressive success story for a company that many were expecting would go bankrupt years ago. With most of Tesla’s financial worries now sorted out as sales continue to rise, the last remaining bearish Wall Street analysts now seem to be piling on the Tesla bandwagon. Among other big names, Goldman Sachs was the latest to upgrade their view of Tesla to a “buy” on Wednesday, citing that the stock could rise another 40% or so in the near future.

“The shift toward battery electric vehicle adoption is accelerating and will occur faster than our prior view,” wrote Goldman Sachs analyst Mark Delaney in a report published on Wednesday, giving the company a generous “buy” rating. “Battery prices are falling faster than we previously expected, which improves the economics of EV ownership,” while also improving profit margins for Tesla.

Delaney raised his target price for the company from $455 to around $780, which is roughly a 37% increase from his previous target. Considering that Tesla is already up something like 600% so far this year, it seems like its stock still can go much higher.

Before this, Goldman Sachs remained largely neutral on Tesla, acting as one of the last holdouts against what has been a major shift of bullish optimism towards the company. As of right now, the vast majority of Wall Street is now very bullish on Tesla’s future. Most other electric vehicle stocks have surged over the past couple of months, fueled by investor speculation following Tesla’s success. Whether or not these moves are justified, however, is another story, with many analysts saying that these smaller, EV makers could disappear in the face of serious competition like Tesla.

Among other things, the main driver for optimism in the EV market is China. Besides its massive population, the government is pushing for alternative, electric-vehicles as a more sustainable option. As such, Chinese demand is expected to be the main driver for electric vehicles in the years to come. We also have seen a number of Chinese-based Tesla competitors, such as Nio (NASDAQ: NIO), whose stock has also surged big time this year as well.

In response to the news, Tesla’s stock is up around 3% in after-hours trading. It’s possible that shares might rise a bit more on Thursday as more investors react to the upgrade, but the momentum might also just peter out as well. Regardless, momentum for Tesla looks strong as we get close to the end of 2020.