Home CryptoNews Digital ruble may be only a prototype 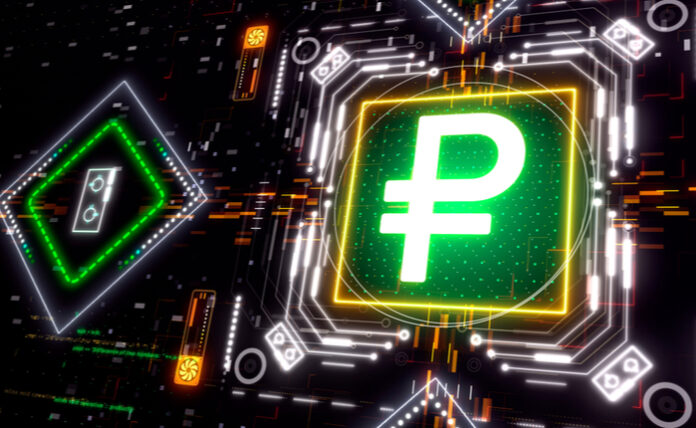 New reports in tech media show that Russia is taking further steps toward a “digital ruble” central bank digital cryptocurrency, although some indicators suggest it may ultimately be a showpiece for projects yet to come

Helen Partz reports at Cointelegraph on remarks by Bank of Russia director Alexey Zabotkin at an online event where Zabotkin reportedly revealed that this digital ruble project is coming by the end of 2022.

Oddly enough, though, Zabotkin suggested that the coin will “not support real transactions,” noting that it’s something that investors can “kick the tires” on to see how a coin like this might work in a national economy. “Based on this prototype, including refinement, we will start rolling out trial rounds next year,” Zabotkin said.

“While the Bank of Russia is pushing on with its own digital currency plans, public crypto assets are set to be ruled out as a legal means of payment,” adds Jamie Crawley at Coindesk, in covering the unveiling of the Russian project, and also reporting on assertions by Bank of Russia chair Elvira Nabiullina that “most institutions favor a two-level model for a digital ruble in which banks open wallets on clients’ behalf on the central bank’s platform.”

As for global efforts, China is ahead in central bank digital cryptocurrency development.

“China’s example shows that they want to use their digital currency as a tool for international settlements, to strengthen the yuan globally,” Russian Finance Ministry department head Ivan Chebeskov told a meeting at the Russian Union of Industrialists and Entrepreneurs, according to reporting at the Financial Post. “If we make the digital rouble more attractive than other world digital currencies, maybe we will increase the competitiveness of the rouble in international settlements in general.”

Will Russia be able to do similar things with its bid for a working CBDC? Is it early enough? Traders can follow these national efforts to better understand the interplay between fiat and crypto worlds as they ponder their next moves in cryptocurrency investment.