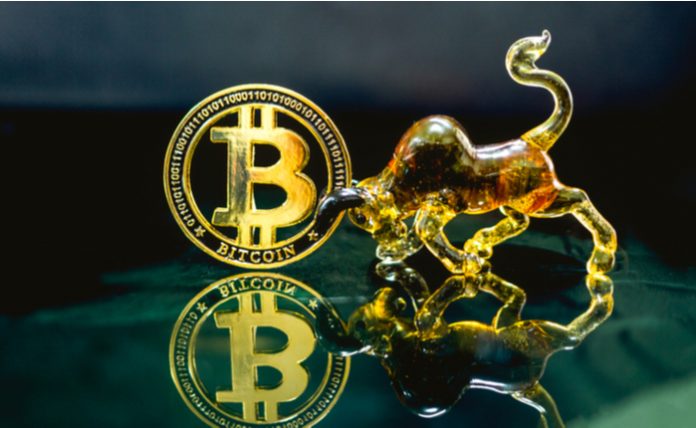 Bulls are running for Bitcoin this month, as rally trends show the incredible strength the cryptocurrency over the fall season.

For reference, Bitcoin now stands above $65,000 per coin, and has been above April highs since October 19.

However, the coin’s price was as low as $30,000 in July. In other words, Bitcoin cut itself in half this summer and bloomed again as the summer heat diminished.

Analysts were calling October “Uptober” in honor of big Bitcoin rallies. Now they are referring to “Moonvember” a time for an additional bull rally trend.

“Bitcoin (BTC) begins a new week with a race toward all-time highs as bulls save the day — and the week — at the last minute,” writes William Suberg at Cointelegraph today. “A week of sideways BTC price action came to an end just in time for the weekly close, with Bitcoin bouncing back to $66,000. It is a classic move that has become all too familiar in recent weeks, and attention is now focusing on bullish outcomes once again. With Wall Street still to open, Monday has yet to set the tone for the third week of ‘Moonvember,’ one which still has an end-of-month price target approaching $100,000.”

TradingView’s Bitcoin profile, presented along wit a chart, shows why BTC is such a popular investment:

“Bitcoin uses peer-to-peer technology to operate with no central authority or banks; managing transactions and the issuing of Bitcoins is carried out collectively by the network,” write spokespersons. “Bitcoin is open-source; its design is public, nobody owns or controls this cryptocurrency and everyone can take part.”

Prominent outsiders are expressing their own bullishness.

That’s a common sentiment right now: let’s see if BTC can actually lead to new ATH in the latter half of Moonvember. Hold onto your hats.