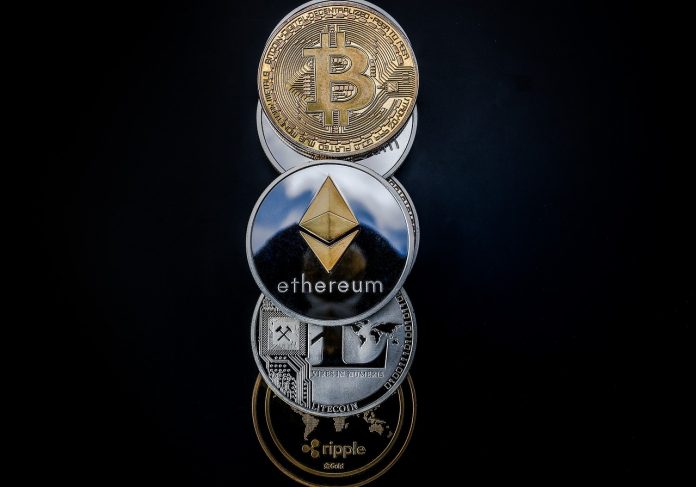 Ethereum is up over $3000, but it might not stay there for long.

“Ethereum started an upside correction from the $2,950 zone,” writes Aayush Jindal this morning at NewsBTC. “The price is still trading below $3,100 and the 100 hourly simple moving average. There was a break above a key bearish trend line with resistance near $3,035 on the hourly chart of ETH/USD … The pair could recover, but upsides might be capped near the $3,130 level.”

Jindal cites a Fibonacci retracement that illustrates some of the chart activity that may determine the course for Ethereum in the future.

“Ethereum formed a base above the $2,950 level and started a fresh increase. ETH broke the $3,000 resistance zone to move into a short-term positive zone,” Jindal writes. “There was a move above the $3,020 resistance level. Ether was able to clear the 23.6% Fib retracement level of the key drop from the $3,310 swing high to $2,951 low. Besides, there was a break above a key bearish trend line with resistance near $3,035 on the hourly chart of ETH/USD.”

In longer-term ETH outlooks, a new proof-of-stake system is making some traders bullish on the coin, but others warn that it might not be the magic bullet that proponents expect.

“As excitement continues to mount around Ethereum’s big update, it’s important to remember that it will not immediately solve some of the chain’s most pressing usability problems,” writes a team comprised of Sam Kessler, Sage D. Young, and George Kaloudis at Coindesk. “This reminder will be obvious to those who have been following this story closely for a while, but it bears repeating for those newer to the space. Changing roadmaps, confusing terminology (RIP Eth2), and Ethereum market-speak have made it hard to pin down what, exactly, the Merge entails. In reality, most long-term improvements to Ethereum’s usability will come from its ecosystem, not from updates to the Ethereum network itself.”

Meanwhile, Bitcoin is significantly down, under $40,000 as of press time. Where will fleeing funds go? Some altcoins are showing green. Take a look.