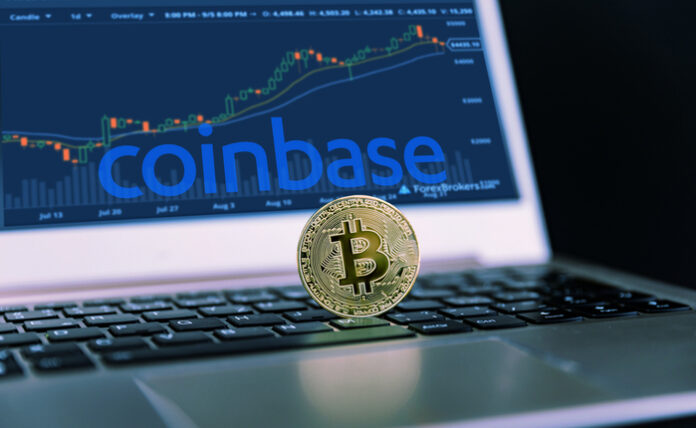 Plenty of companies in recent days have missed their Q1 earnings and have seen their stock prices crash. As it turns out, the biggest cryptocurrency exchange in America has become the latest casualty in this Q1 earnings selloff going on right now. Coinbase (NASDAQ: COIN) reported massive losses as crypto markets suffer and trading volume dries up.

The company reported a first-quarter loss of $429.7 million, with revenue figures of around $1.2 billion. That’s a massive difference from last year’s figures, where net profits were $387.7 million and revenues up to $1.8 billion. What’s worse, this quarter’s results fell short of even Wall Street’s already bearish estimates.

Most of Coinbase’s revenue comes from transaction fees. With fewer people buying and selling crypto in this market, Coinbase is obviously going to suffer from this new lack of speculative excitement. Coinbase also warned shareholders in a letter that it expects total users on its exchange as well as trading volumes to decline again in Q2.

“Nasdaq is down, Bitcoin is down. And that has led to less and less dollars being put into crypto,” said Alesia Haas, Coinbase’s chief financial officer. “When [Coinbase] came out, it was one of the hot, growth stocks, the innovative companies. As soon as the Fed pivoted in November, that was a death knell,” added added Matthew Tuttle, CEO of Tuttle Capital Management.

Most investors were expecting the crypto exchange to report a rough quarter. With the Nasdaq collapsing and the crypto rout getting worse, exchanges are going to be obvious targets for short-sellers right now. Some already have gone after Coinbase, such as Jim Chanos, investment manager at Kynikos Associates.

Shares of Coinbase were down around 12.6% following the news, with the stock sliding an extra 17.2% in pre-market trading. Many experts now suspect that Coinbase could fall a lot more before things start looking up. However, CEO Brian Armstrong did make a surprisingly positive announcement, reassuring investors that the company is in no danger of bankruptcy.

The ongoing “crypto winter” likely won’t change either until something shifts in the current market. There’s an extreme sense of anxiety right now with growth investments, especially tech, ever since the Fed hiked up interest rates. While the Nasdaq has been one casualty, cryptocurrencies has suffered massive losses as well. Bitcoin’s down around 35% so far this year, with other altcoins down even more.

Founded in 2012, Coinbase is the leading cryptocurrency exchange platform in the United States. The company intends to be the safe and regulation-compliant point of entry for retail investors and institutions into the cryptocurrency economy. Users can establish an account directly with the firm, instead of using an intermediary, and many choose to allow Coinbase to act as a custodian for their cryptocurrency, giving the company breadth beyond that of a traditional financial exchange. While the company still generates the majority of its revenue from transaction fees charged to its retail customers, Coinbase uses internal investment and acquisitions to expand into adjacent businesses, such as prime brokerage, data analytics, and collateralized lending. – Warrior Trading News