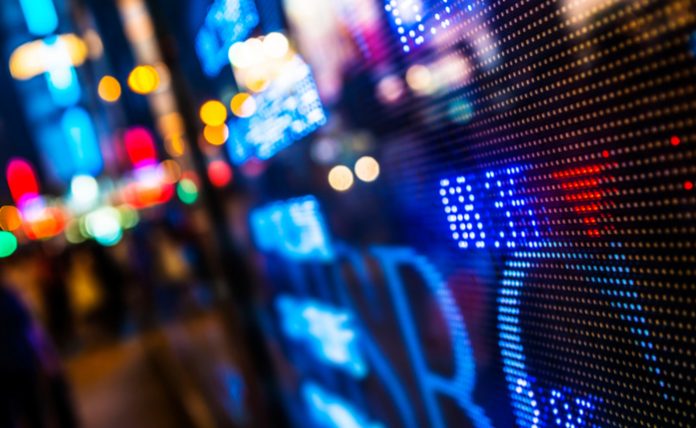 We’re seeing more green this week as the S&P 500 and the Dow Jones industrial average creep up today to new highs around their marks one month ago – for the S&P, for example, this brings weeklong gains over 1%.

Traders who were looking at the big picture last week and the week before might expect that no news is good news – that people quieting down about the Chinese trade situation and the federal reserve’s handling of interest rates led the market to recover a bit from earlier panics.

In addition, a report from Zacks today shows that Netflix gains on Tuesday pushed markets up which helped the index activity. Zacks also notes news from China where the Ministry of Finance  “pledged to bring the country’s economy back on track through judicious policymaking.”

This could be a two-fer as it is short investors on the strength of China’s economy overall, and possibly its willingness to cooperate with the United States after fears of a trade war beset both nations. Certainly, judicious policy-making in most people’s eyes would include working with U.S. diplomats to tamp down pressure brought on by the American president’s whimsical efforts at “making China pay” for past wrongs. After all, the two countries have enormous mutual interests, which is why a trade war was a terrible idea from the start. It remains to be seen whether China and the U.S. can agree on, say, the One China policy, and how that might move markets in January, or February, or March.

In other news, Yahoo Finance is reporting that Goldman Sachs and Bank of America are posting good results for the quarter. The writer also notes the no-confidence vote for Teresa May’s Brexit strategy, and China’s central bank moving to put $83 billion into the country’s financial system, possibly in advance of that judicious policymaking mentioned above.

“May’s government faces a vote of no confidence expected to begin at 2 p.m. Eastern Time,” writes Yahoo Finance reporter Emily McCormick. “ Markets are pricing in an outcome that the current government will be safe, as reflected in the pound’s overnight rebound. May must pick from a host of potential paths forward, assuming her government survives Wednesday’s vote, including returning to the EU to try and work out a more popular deal, requesting an extension on the current March 29 deadline to leave the EU or having the U.K. departing without a plan. The potentially disastrous “no-deal” departure is among the most concerning to businesses, which have begun to stock up on goods ahead of anticipated political dysfunction.”

Although it’s nice to see green on the market, wary traders could be forgiven by thinking that most of this is just so much noise in the signal.

The headlines around market corrections at the end of the year were more broad-based and long term than the indicators here – what small moves world governments may decide to make in a given week can affect markets, but eventually, the bigger issues – long-term economic cooperation and jobs and growth – will direct the markets in a much more fundamental way. It’s also important to keep in mind that we’re entering the third week of a partial US government shutdown that leaves hundreds of thousands of families in financial chaos. That can’t be good for the markets long-term, so while you’re looking at all of these other indicators, look for a resolution to an issue that’s becoming the elephant in the room.