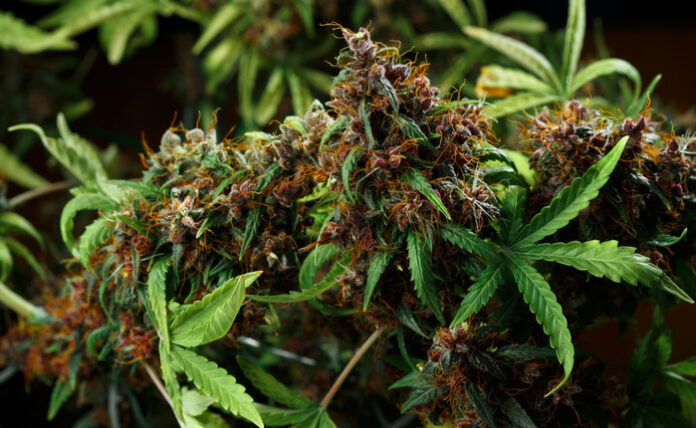 One can argue that there’s never been a worse time for cannabis stocks. With the sector continuing in its steady free fall, poor financial results from many companies released over the past few days haven’t helped stop the financial bleeding. However, cannabis investors were surprised to find out that one Wall Street analyst has issued an unexpected upgrade on a major pot stock. Canopy Growth (NYSE: CGC) was the recipient of this upgrade, with the analyst in question claiming that “the worst is over” for the pot stock.

Bank of America Merrill Lynch Analyst Christopher Carey upgraded Canopy Growth from a “neutral” to a “buy” on Wednesday, saying that it was now trading at a much more reasonable valuation now that the stock has gotten so much cheaper. Ever since its co-CEO and co-founder Bruce Linton was fired earlier this year due to financial issues, shares of Canopy Growth have been in a steady decline, with the company reporting staggering losses over the past couple of quarters.

“Two months ago, we downgraded Canopy Growth shares, arguing Street estimates for Canopy (and peers) were far too high given a temporary slowdown in provinces ordering cannabis (inventory had built given lack of retail stores). Following results last week, we believe this dynamic is now well understood,” said the analyst in a note on Wednesday. “To be clear, things are by no means perfect, Carey wrote on Wednesday. Canopy remains a show-me story with much to prove and a new CEO still ahead. However, the worst looks over and, if momentum returns, the market may again contemplate what Canopy could become.”

Overall, it was a much-needed break for the cannabis giant, which has seen its share tumble significantly since posting its most recent quarterly results last week. The unexpected upgrade was the catalyst that sent Canopy’s stock surging by over 15% over the course of the day.

At the same time, the House Judiciary Committee also passed a new bill, the Marijuana Opportunity, Reinvestment and Expungement Act (also known as just the MORE Act), which would aim to decriminalize and deschedule cannabis. This piece of legislation would expunge some, but not all, cannabis-related offenses from criminal records. This was a piece of good news that helped lift up pot stocks as a whole, although it’s uncertain as to how much of a long-term impact this will have on the market.

While the idea that the cannabis market is getting close to bottoming out sounds appealing, it’s hard to exactly guess at what point pot stocks will stop plummeting. It’s dangerous to try catching a falling knife, and in the same way, investors should be careful about hoping the market has bottomed out already.

Canopy Growth, headquartered in Smiths Falls, Canada, cultivates and sells medicinal and recreational cannabis, and hemp, through a portfolio of brands that include Tweed, Spectrum Therapeutics, and CraftGrow. Although it primarily operates in Canada, Canopy has distribution and production licenses in more than a dozen countries to drive expansion in global medical cannabis and also holds an option to acquire Acreage Holdings upon U.S. federal cannabis legalization – Warrior Trading News